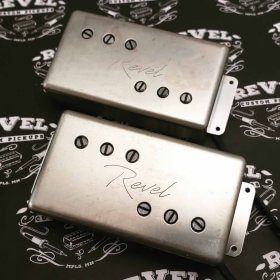 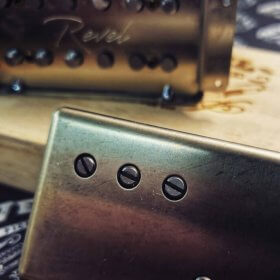 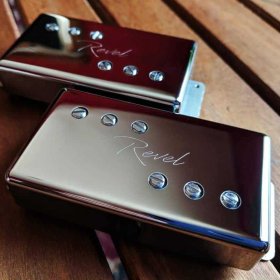 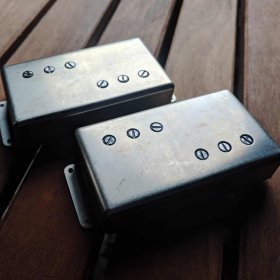 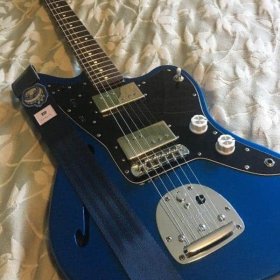 Here is our homage to Seth Lover’s original design. Compared to a PAF and to a re-issue WRHB (which is a PAF) they are more clear, bright and defined. The independent magnetic poles lend an unmistakable single-coil feel and allow the player to height adjust each pole individually for the best possible string balance. They have jangle and power, are a great pickup for indie sounds, for players who need a great pedal platform of a pickup, or for a straight into the amp blues tone.

A NOTE ABOUT SOUND CLIPS:

Corporate marketing hype has made it mostly necessary to include sound clips and resistance specifications. Both have very limited meaning and are, in many ways, lies. The best player can make the lousiest guitar loaded with the cheapest pickups played through the lamest amp sound downright amazing. For that reason I feel that clips are misleading. Clips let you hear almost everything except the pickup and primarily the amp in a controlled environment that’s not readily reproducible. Please take these thoughts into consideration.